The houses of a plant are usually very overvalued by architects when designing a home. When looking to use large windows and keep up with trends, always looking for a modern style. Building on two floors may seem like a better idea and a better way to take advantage of the budget. Below, we present 10 floor plans for small houses that you can download.

A house of a plant has many advantages that we will enumerate later, but mainly. In a plant, you can achieve everything that can be achieved in two or even three.

There are three most important points that we could name when building a house and that make us choose a plant instead of two or more.

The first of all is to save on materials and resources. Many people opt for a two-story house to obtain a better distribution of the environments; the rest and relaxation above, the social part below.

However, just for that reason, the expenditure on materials and labor increases a lot; and then the question arises: was that spending actually necessary to have a better quality of life? The truth is, no; It is possible to obtain a good division of environments and a great quality of life in a single plant.

All this can be achieved with good sound insulation. This investment is much cheaper than a second plant.

As a second point, we can name security. Although the houses must comply with the safety parameters for the area in which they are built; It is more likely that a two-story house will be sedated in an earthquake than a one-story house would.

In addition, the material losses in a house of a plant would be much smaller in the worst case. And as the last point, we can name comfort. Downstairs at night or for a senior citizen. It is definitely not safe or pleasant, much less comfortable.

Of course, if your budget is loose enough, you can add an elevator inside the house, but is not it better to save all that money by building on one floor? If in spite of this we have not convinced you; Here we leave you ten plans of beautiful and functional houses. 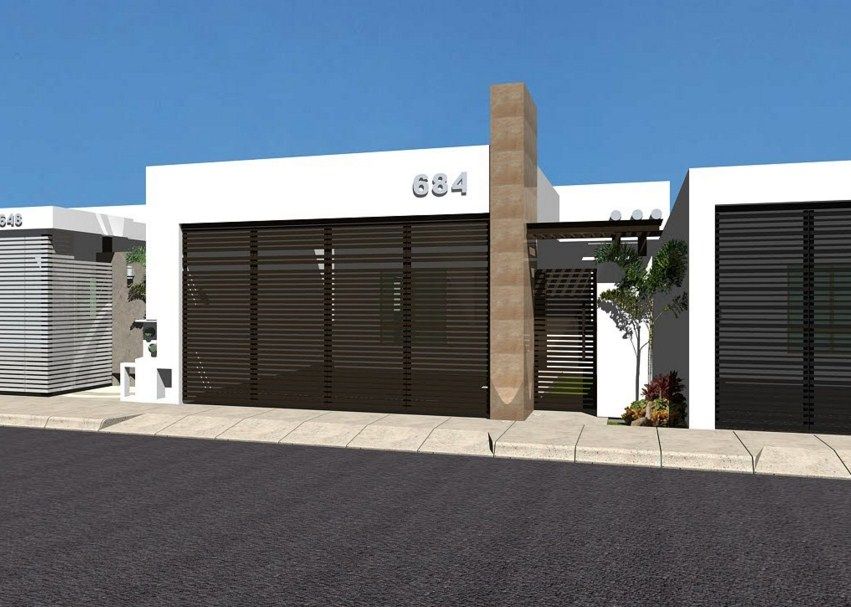 If the excuse of the architect and the civil engineer is that in a house of a plant cannot be built large efficient windows; Here we leave this design so you can refute the argument quickly and keep moving forward on the subject.

This beautiful one-story house is a clear example of how much you can take advantage of a plot building in its entirety and, even so; leaving enough space for the house to respect.

You can download the plan of this house here observe the distribution well. You could easily rotate rooms 3 and 4 back completely and leave the entertainment in their place. 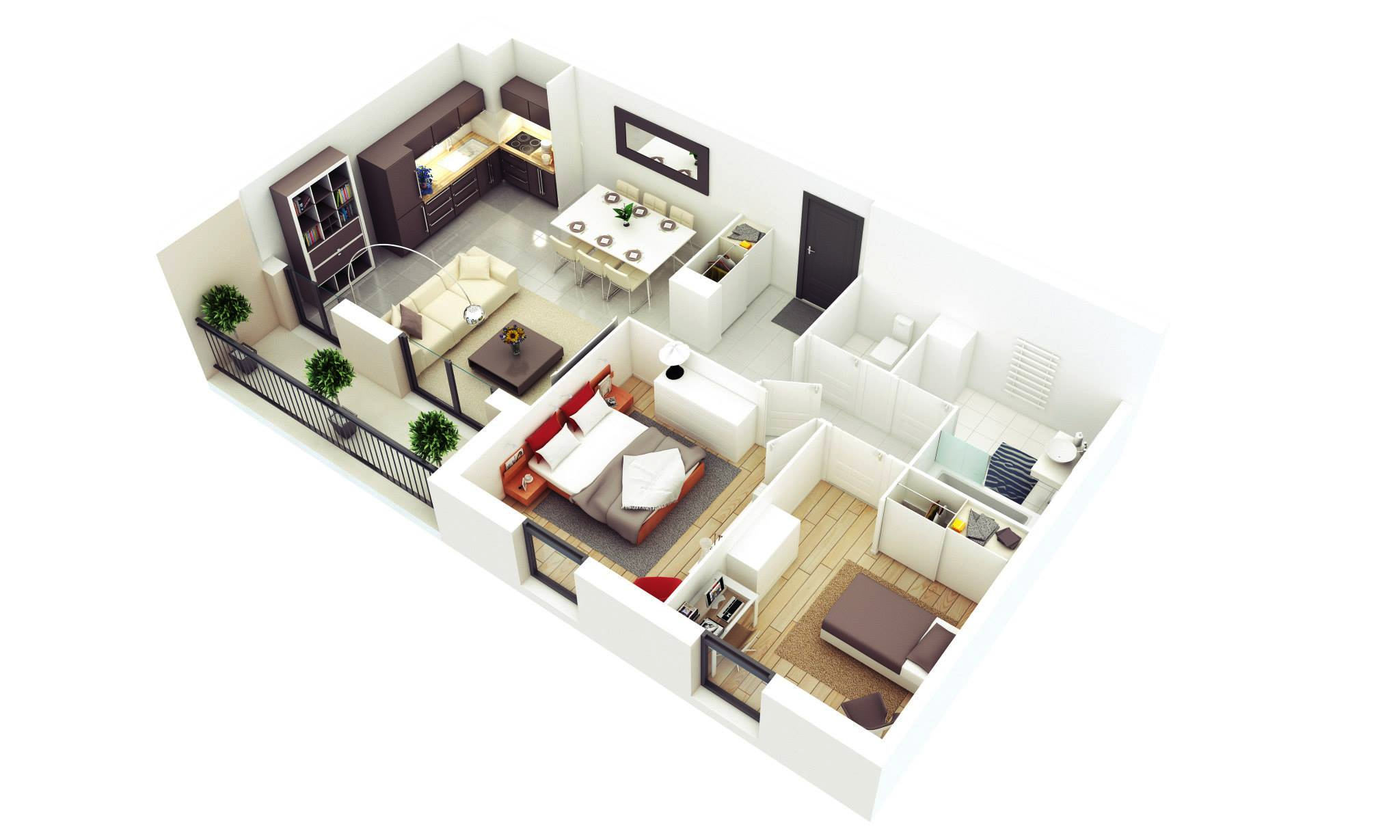 The concept of the facade for this one-story house is left to your creativity and vision. But instead we share the full distribution of a one-story house with two rooms; being that the smallest could be used by two visitors or by your children.

Here the priority is for the main room. Do not forget that you can make adjustments of all kinds, turning the secondary room into an office or gym. 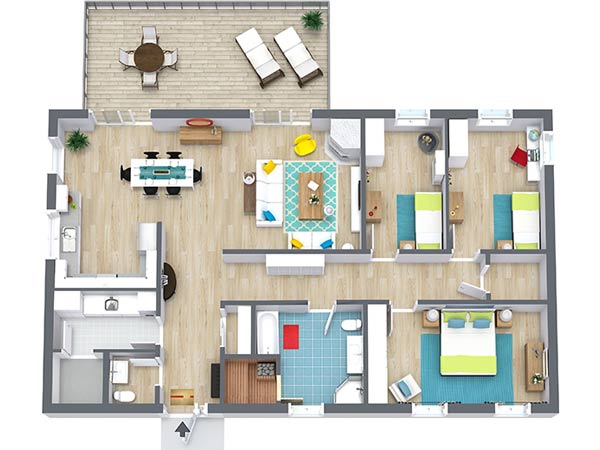 If you still believe in the myth that one-story houses do not have enough space to house a large family; then allow us to debunk that myth for you. Here we leave you a plan of one of the houses on one floor where all the available space is used more efficiently.

Observe carefully how the environments are correctly separated from each other to ensure privacy to the senses. You can even see an office.

If you have enough space, do not forget to consider this option whose facade you can design in conjunction with your architect in the best possible way. 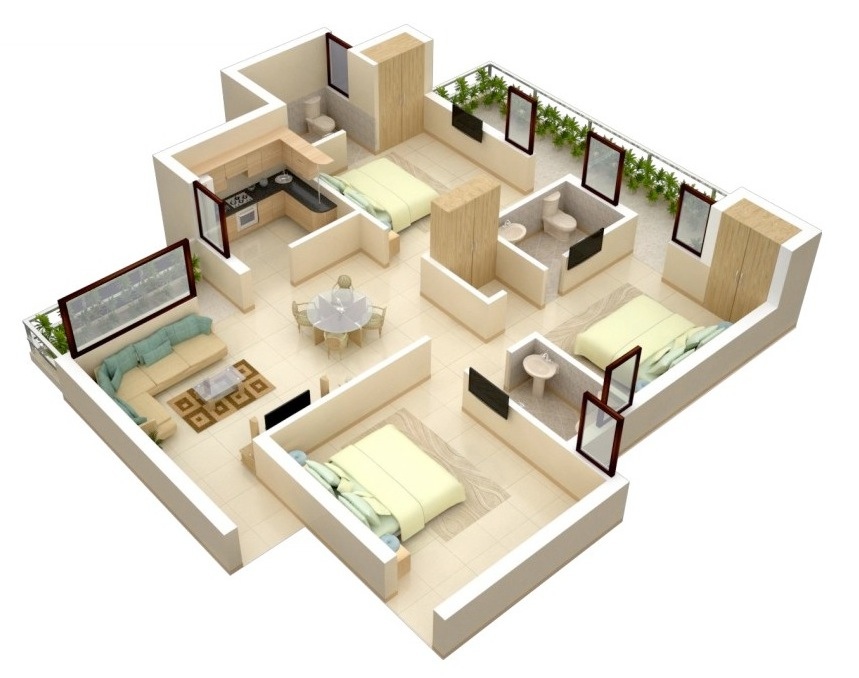 This time we present a house on one floor but that includes three rooms. And is that sometimes the family can easily increase in number; so you will notice that in the two smaller rooms two twin beds have been placed.

However, you know that this design can work perfectly for a family of four or three; Then you could use one of the bedrooms as a game room or simply change the position of the dining room. And that is, in this specific case; the distance from the kitchen to the dining room is something that does not finish convincing us, what do you think? 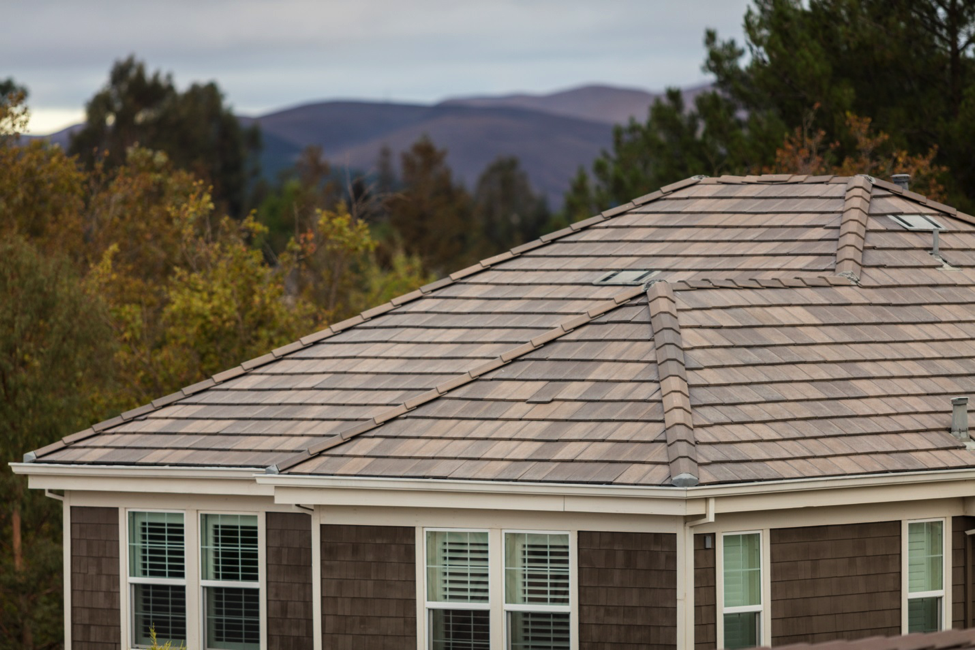 Once again we present a facade suggestion that we simply could not ignore. This four-needle roof is just the tip of the iceberg of what the interior of this house has to offer. Many houses of a plant usually fail to transmit their concept from the first moment; With this facade design, you can refer to the number of rooms and other internal environments in your home from the first moment.

Look closely at the map; you will notice that it is distributed all in multiples of four; A curious but intelligent idea for the one who appreciates the detail.

Again we present you a one-story house with four rooms; This time in a modern style and with a studio so you can manage your work without leaving your home.

The simplicity in its distribution is what makes it a wonderfully balanced option. 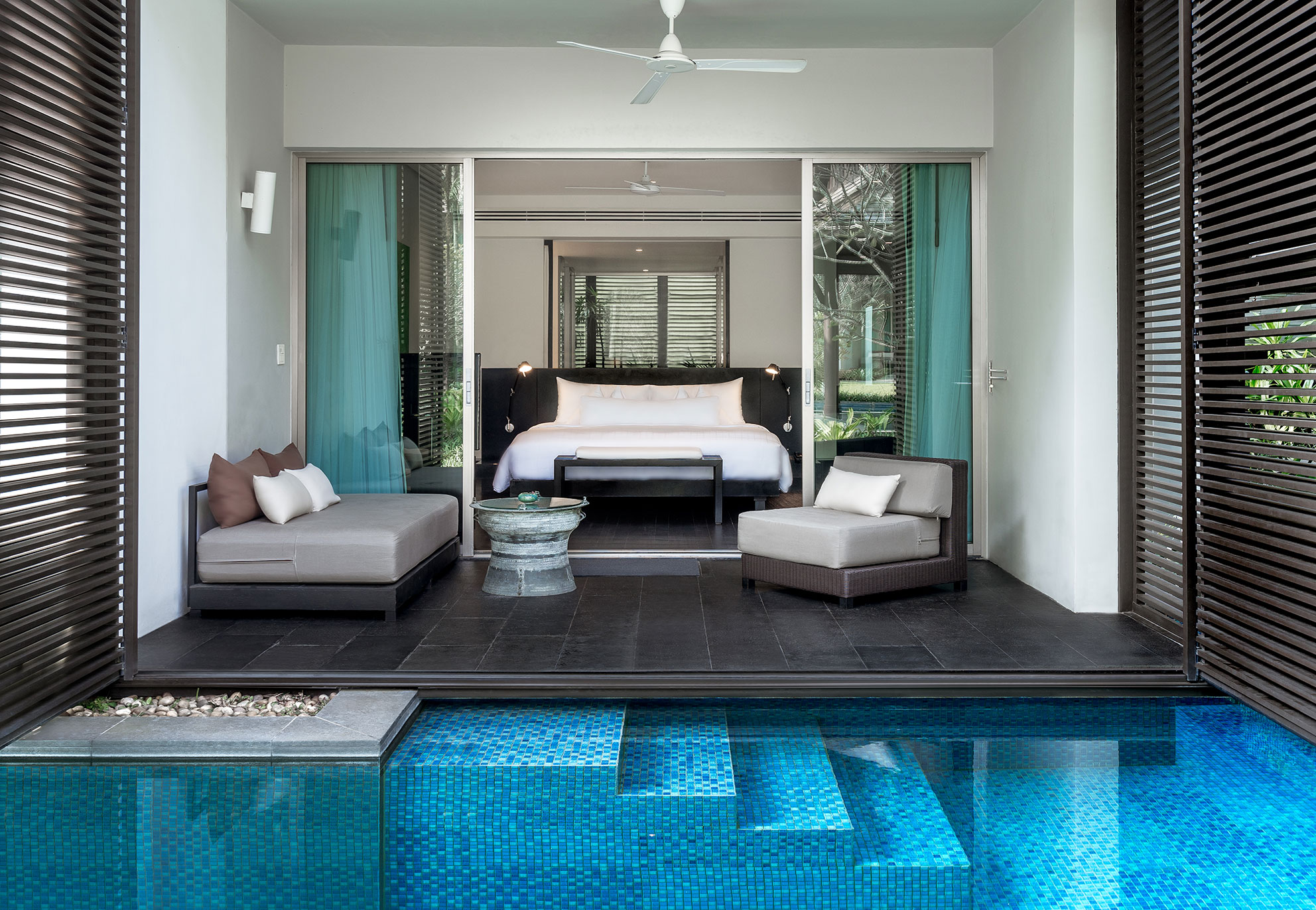 If you want something really luxurious but still keep your feet as close as possible to the ground; Then the next plane you will love. A pool, two rooms that are suites and a lot of used space. Talk with your architect to study the possibility of any change you want to make. Especially in the pool area or the bathrooms.

We personally would look for a perfect place to include a piano, so, if you can do without a room; maybe it is the ideal place to include it as the protagonist of the scene adjusts this initial level a bit. 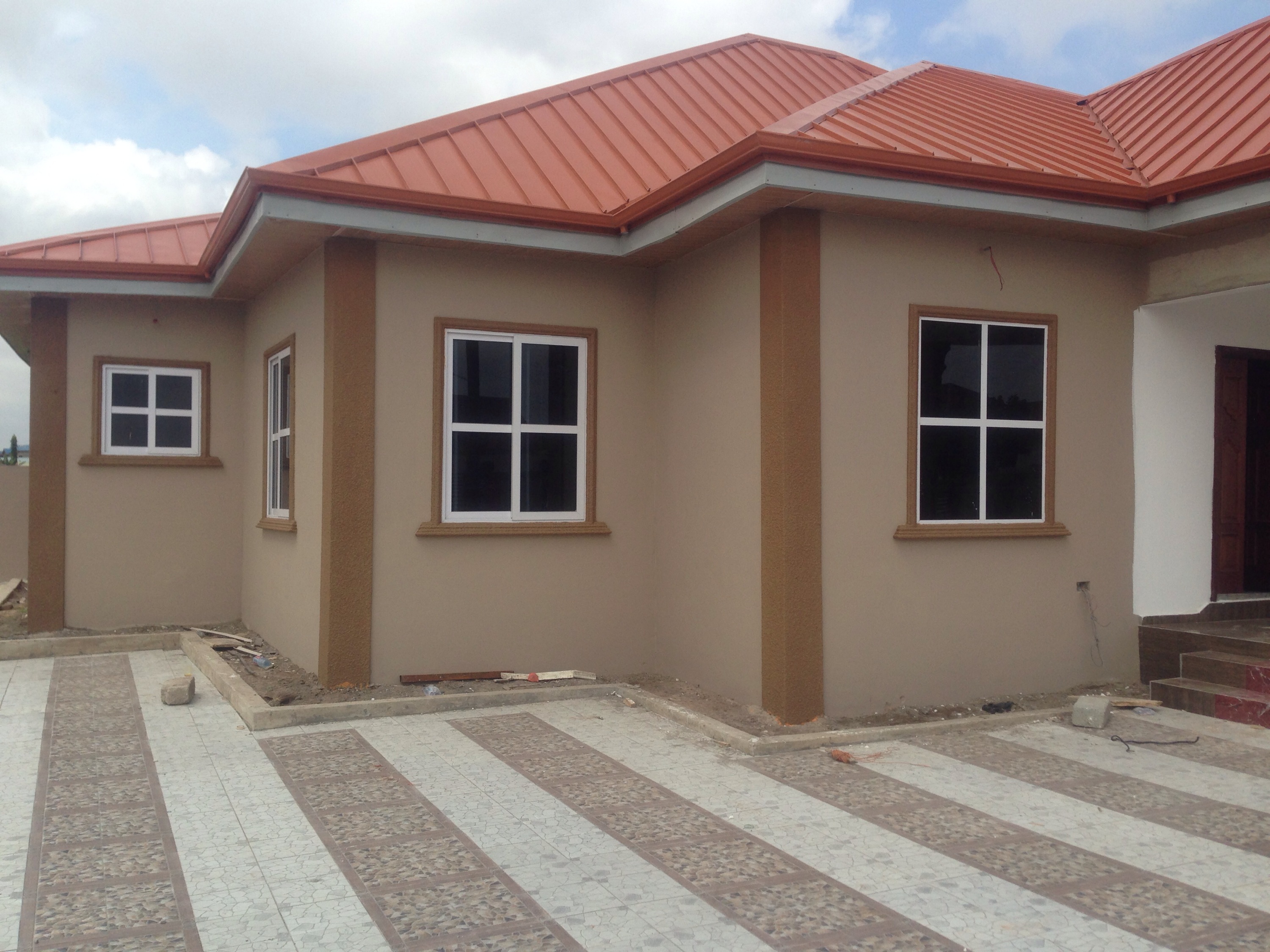 Curious design of the house with three rooms

When you have enough land to expand your creativity, this type of architectural structure arises. Because the design is so peculiar in itself; We did not want to show you a facade suggestion. However, you can appreciate that the internal concept and layout are perfect for an outstanding facade. 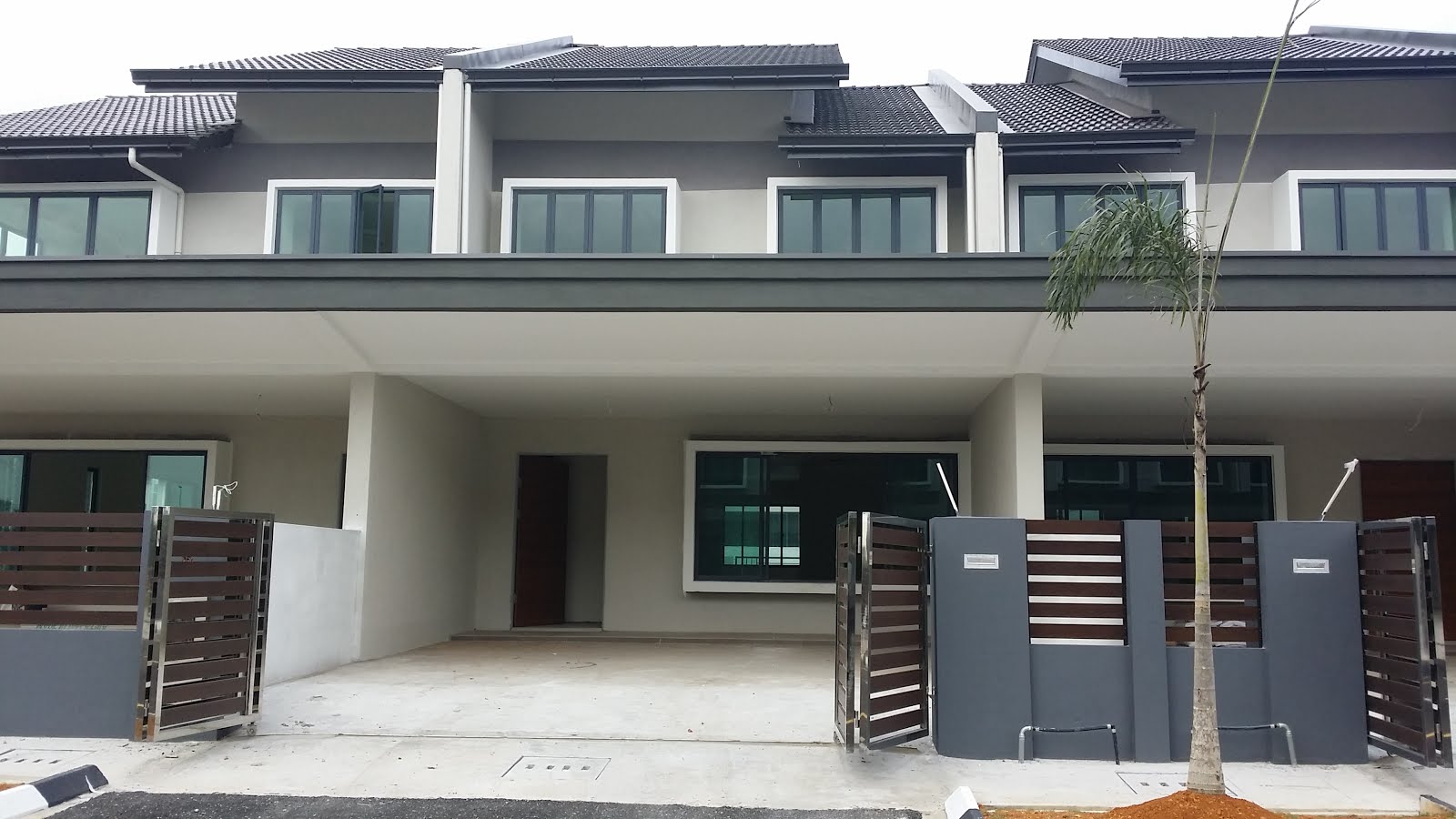 The height of the two-story houses offers the possibility of having balconies, however; Why limit yourself to a balcony near the earth can you choose two terraces?

This plan is a clear example of how one-story houses allow us to build more, spending less. Imagine the cost of a terrace-like installation on a second or third floor; Thanks to this design, you can have them without any problem. 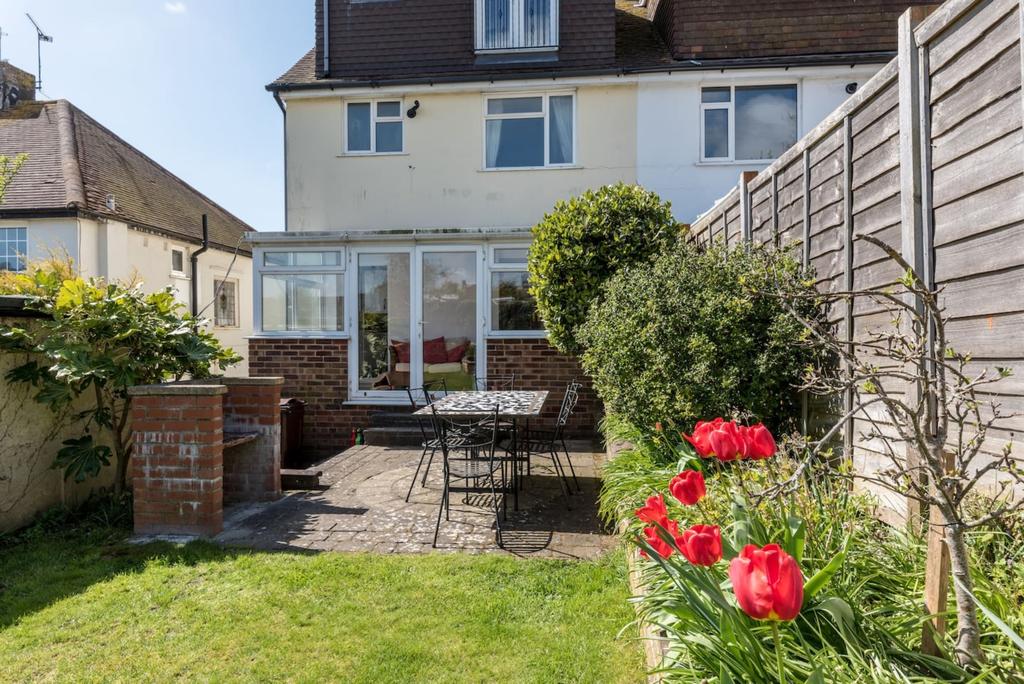 Three bedroom house with a garden to admire

The external view that is obtained through the bathrooms is usually something that many obviate, especially in the houses of a plant. There is always talk of light, of aerating the bathroom, but why is it not considered a good view?

With this map, you can appreciate how a garden has been included in front of the kitchen windows and both bathrooms. With a large plant in the middle, you can prevent it from being seen from one bathroom to another. Thus protecting privacy while giving a beautiful view of nature.

12 Steps to the Decoration of Rooms