Bamboo belongs to the genre Fargesia. It is a plant of which there are many varieties, one of the most frequent being Murielae Fargesia or umbrella bamboo because it is the species most used to plant in pots. However, bamboo, especially the giant can also be planted on the ground. In each case, you have to follow a series of steps on how to plant bamboo. Also, take into account certain factors, but then the care is quite similar.

Here, we explain everything you have to do to make the process properly, whether you put it in a pot or on the ground. In addition, we will also talk about the main care because it is not enough to plant it, we must also ensure its proper maintenance and development, although it is true that it is a fairly resistant plant and that rarely requires great attention.

How to plant bamboo in a pot step by step 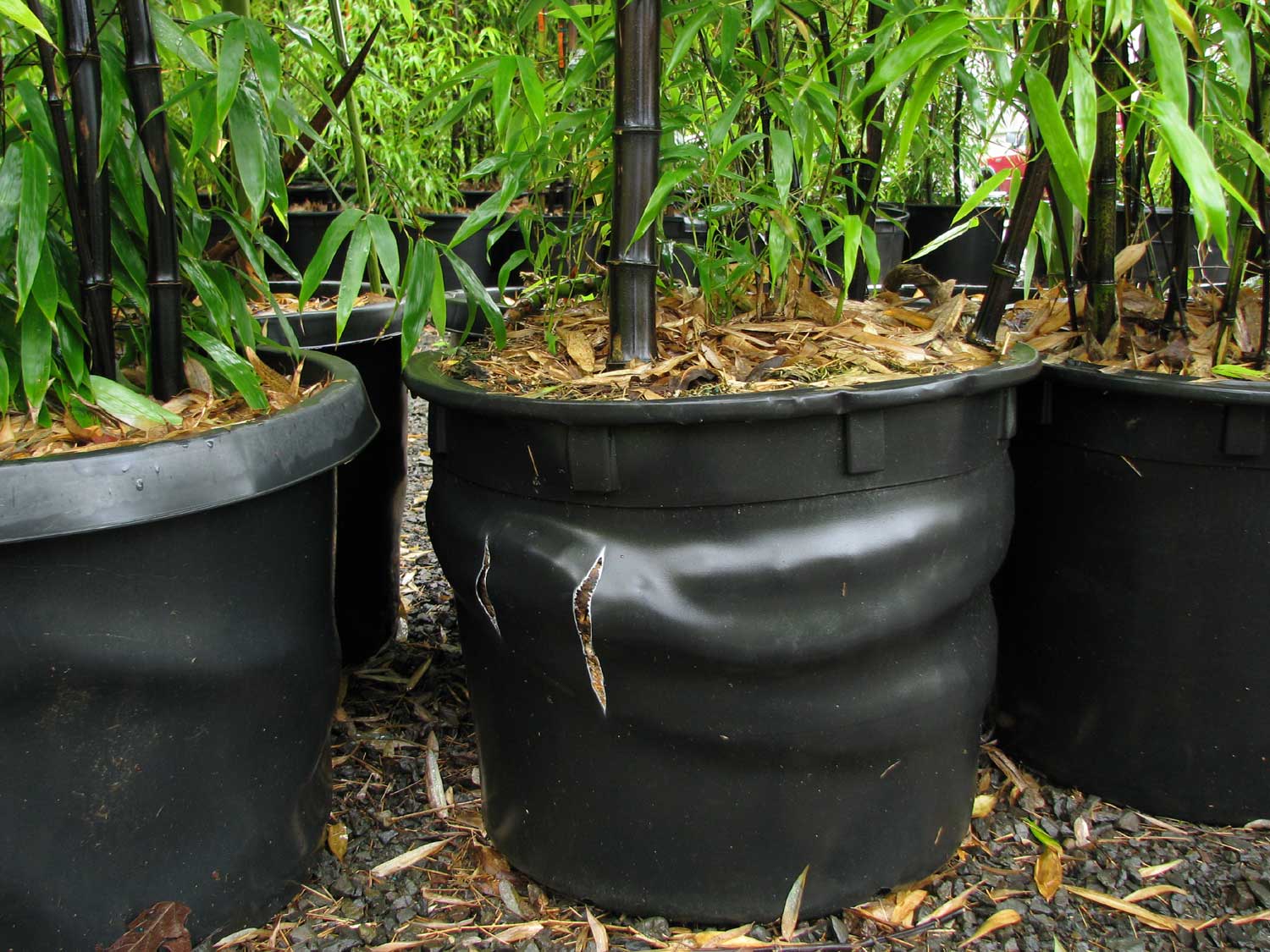 The bamboo plant is easy to plant, especially when you choose the Murielae Fargesia or umbrella bamboo because its roots do not colonize so much surface. A reason why, as we have mentioned previously, is a suitable variety to plant in a pot.

However, giant bamboo can also be planted because the large pot will contain it, but this will limit its growth and it is easier for it to die by having such accelerated growth, which is why this variety is best planted on the ground directly. Do not forget that some bamboo plants reach more than nine meters in height. And how to plant umbrella bamboo in a pot? Next, we give you all the steps.

It is important to have the rhizomes, cuttings or branches, depending on the variety of bamboo that is, in a container with water so that they hydrate well and can better withstand planting and washing.

Step 2. Choose the flowerpot for the bamboo

The first thing is to choose well the size of the pot so that it is not very small and breaks with the development of the roots. In addition, it is important to allow drainage. Another key fact is that bamboo needs to be transplanted in a period between two and five years.

Once the pot is chosen, it is necessary to put the substrate in it, being able to use the universal or that has a high content in peat. When the pot is well filled with the substrate, a hole is made in the center.

Step 4. Place the bamboo cutting on the potting soil

Take the bamboo – take it out of the container with water – and introduce it into the hole you have made in the potting soil.

Step 5. Make the hole in the ground and plant the bamboo

Fill and surround the cuttings well with earth so that the root is well covered and the bamboo can maintain its balance without problems. In the same pot, you can put several branches or cuttings of bamboo.

Plant bamboo on the ground step by step 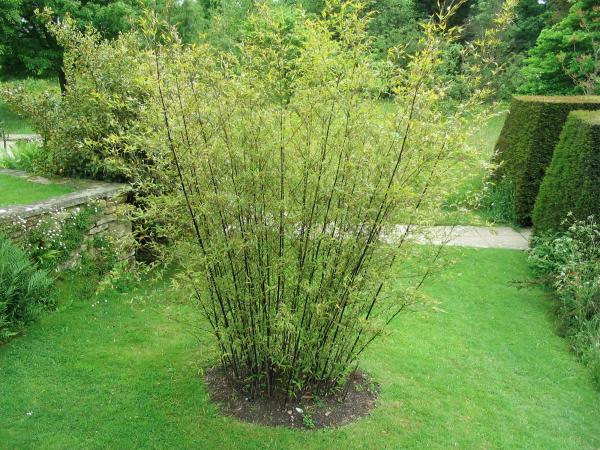 The bamboo plant can be planted directly on the soil if we have enough space. In this case, the process differs somewhat because it is necessary to attend to a series of particularities, although it is not complicated. In fact, it is planted just like any shrub or tree on the ground, although it is important to pay attention to some aspects:

The soil: The bamboo plant can grow in different types of soil, although it is difficult for it to live and develop in those that are too flooded. However, the best options are sandy soils and areas similar to the drained slopes. One aspect to keep in mind is that they live better in areas that are close to the sea to medium latitudes because it is a tropical species.

When to plant bamboo: The plantation varies according to the time of year. In the colder months, it is advisable to do the process during the spring because the sun is vital for its proper development. However, if it is going to be planted in summer, it is better to choose varieties of bamboo that are more resistant to low temperatures to favor their development. However, in the first two weeks after planting, it requires some shade. This same guideline is the one that must be followed to transplant bamboo.

Drainage: The soil on which the bamboo is planted does not need drainage because it requires that there is always moisture.

And, once the site and variety of bamboo have been chosen, how is bamboo planted in the soil? It is easy following the steps that we describe below.

Step 1. Prepare the soil to plant the bamboo

In the image, a trench 10 cm deep and 20 cm wide was made to place the rhizome of giant bamboo.

Step 2. Plant the bamboo rhizome or cutting on the ground

Take the bamboo cutting in water that you will have to plant and place it on the ground and scatter its roots. Fill the hole with the earth so that it is well covered and without areas with excess air.

To finish, water a little and the bamboo will be planted. We recommend you use the same water in which you had left it or use rainwater to reuse it, as it is not necessary to use water from the hose every time. For example, in the image below, something used the water in the drum or tub in which it had left the cutting of the giant bamboo rhizome.

How to care for a bamboo

The care of bamboo differ are planted on the ground or in a pot, but it really is not a plant that requires much attention a planted once, being suitable primarily pay attention only to irrigation. And, what care should be given?

Environment: it is more sensitive to environmental changes so it is important to remain in an atmosphere with a stable temperature and away from too much heat or cold, and even wind currents so that the plant does not suffer damage.

Irrigation: The plant should be watered frequently during the summer, being convenient to do it three or five times a week. However, we must ensure that the soil does not have excess moisture so that the roots do not rot.

In this case, we focus on irrigation because its periodicity varies according to the phase in which it is located. For example, it is convenient to do it twice a week when it has just been planted until the bamboo plant pulls. In this phase, the irrigation can be reduced once a week.

How to make a wisteria trellis

Protect your Garden from Burglars this Summer

Gardening over the Winter Months