If you do not have much space in your kitchen or you are thinking about buying a new house and want to save the maximum space available, in the next post we tell you all the advantages of buying a microwave oven.

History of the microwave

First of all a few brushstrokes about the invention of the microwave. This essential appliance in many homes around the world was invented by Percy Spencer, a US engineer in 1945 when he was investigating possible ways to improve the radar. He discovered that exposure to low-intensity electromagnetic microwaves heats food and helps cook them.

This great invention began to be commercialized in 1947 in the United States and has improved to what we can find nowadays in the market.

It is here where the interest of the manufacturers to join two of the appliances most used in cooking homes, such as ovens and microwaves, and try to unite the benefits of one with the other to get an appliance. 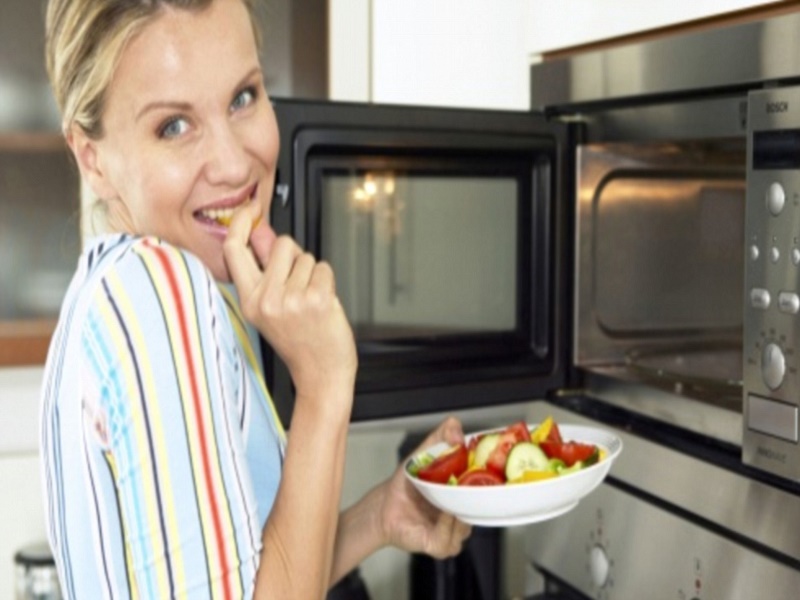 Advantages of a microwave oven

Microwave ovens are ovens that work with the power and often with the speed of a microwave, but are still traditional ovens with all the features of a multifunction oven. In addition, they consume much less to cook the same foods.

The pizzas, which is one of the foods that we use most in the oven, are spectacular in microwave ovens. In addition, many manufacturers include specific functions, as in the case of Whirlpool and Crisp technology or Crispy in others, which make frying and roasting food something much healthier.

Although it is true, they have been improving over time and manufacturers such as Bosch, Siemens or Whirlpool have managed to put the microwave ovens on the market as we have said: an appliance capable of being used only as a microwave, or combine this method of steam cooking or with ventilated air typical of an oven.

This combination of the functions of the two devices is something that we discussed in the entry of 3 recipes to cook with your dishwasher, where one appliance where its main function is another, can help us cook healthy food.

How to Choose the Right Pots and Pans for you