The bad smell of the bathroom pipes is one of the most common problems in bathrooms. When it happens, it may involve wrapping around the bathroom and even going beyond its borders and expanding throughout the rest of the house. we need to know how to get rid of smelly drains in shower.

how to get rid of smelly drains in shower?

The siphon is a U or S-shaped pipe whose curves are blocked by a quantity of water that acts as a stopper and prevents the gases that come from the sewage system from passing through and causing the bad odors to form in the drain. Sometimes, the siphon empties and does not fulfill its function.

This happens when we have not used the drain for some time, or when there is a suction effect in the pipe that carries the water, for example: if they are connected to the same drain pipe, when emptying a bathtub it is possible that the water from the sink siphon. Heavy rain can also cause bad odor in the pipes since the sewer network can be saturated.

As we have said, the bad odors of the shower drain originate for several reasons, and one of them can also be the accumulation of inorganic waste such as for example, the grease of the body hygiene products. To avoid its accumulation, it is necessary for the continuous maintenance of the pipes. knowing how to get rid of smelly drains in shower is necessary. 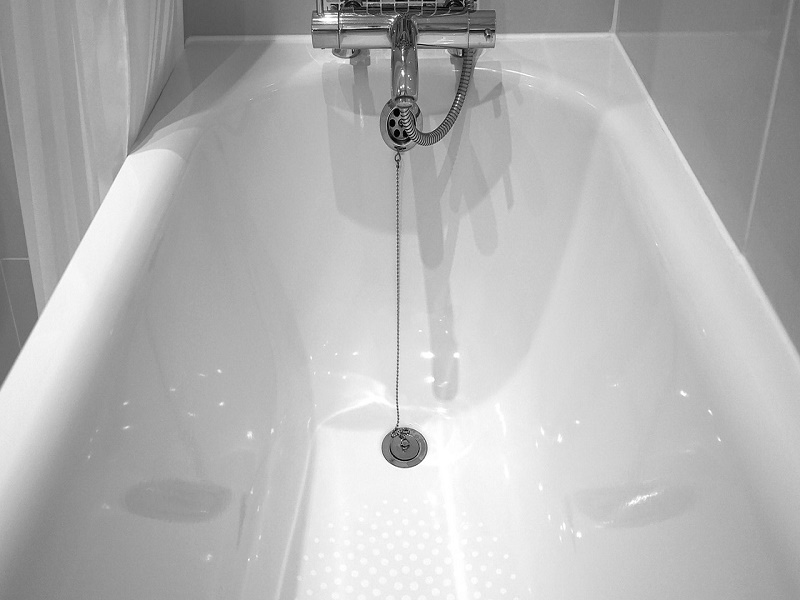 Next, we share with you the best recommendations and advice to eliminate the bad smell of the shower drain.

If the problem does not have its origin in the siphon, you can try a home remedy to eliminate bad odors from the pipes. Prepare a mixture with the following elements:

Once the mixture is prepared, pour it down the drain. Let it stand for half an hour, during which time it will produce a natural caustic reaction that may come out through the drain in the form of foam and, after 30 minutes, pour boiling water.

Another very simple and useful home remedy is to pour a mixture of water and baker’s yeast down the drain before going to sleep and do not open the taps all night. Both this remedy to eliminate the bad smell of the bathroom and the previous one are, in addition to remedies, good cleaning techniques and maintenance of the pipes, so even if you do not suffer from the bad smell of the bathroom pipes you can make use of it.

In the supermarkets, there are plenty of cleaning products to eliminate the bad smell of the pipes, but you have to be careful when using them and they are never recommended to treat the problem in the long term since they are very polluting and can reach damage and seriously weaken your pipes.

If the odor of your shower drain is persistent and does not leave by letting the water run for a few minutes, or with any of the previous tips, it is likely that you should change the siphon for one whose curves have measures that prevent it from staying without water.

MATTE BLACK AND WHITE, THE MOST SOUGHT AFTER BATHROOM FAUCETS